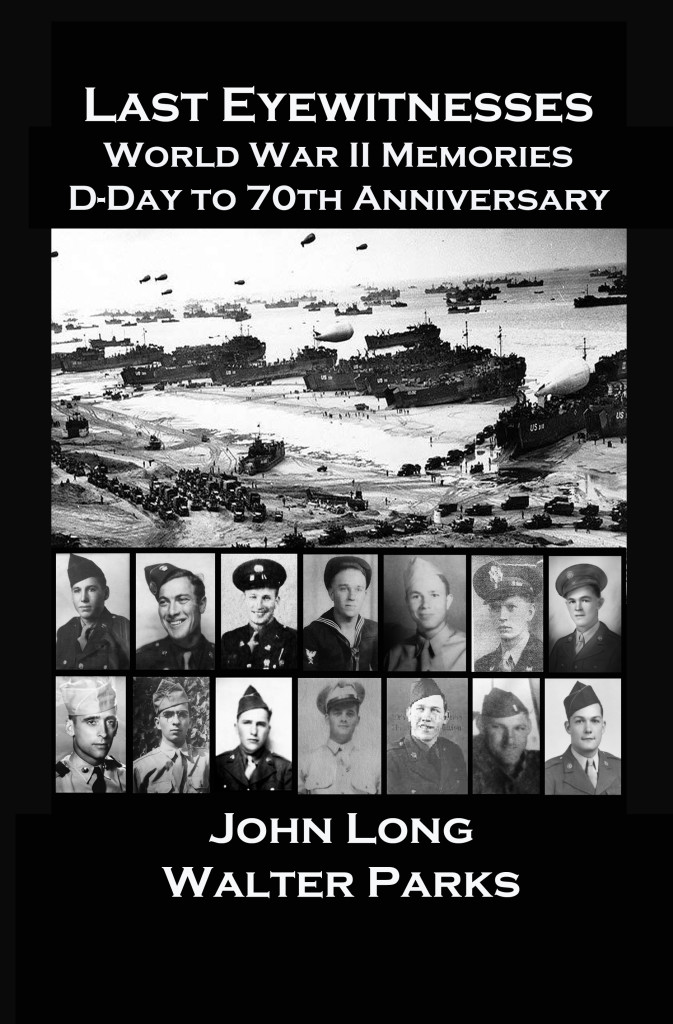 Last Eyewitnesses World War II Memories describes the interviews with 14 who took the Normandy beaches on D-Day.  We must remember them:

This book was written to help celebrate the 70th anniversary of D-Day and to preserve the last eyewitnesses’s personal voices of the truly great soldiers that went ashore at Normandy on June 6, 1944 or shortly thereafter. World War II

Soon, all these brave men will pass to another time and place.  We believe that these men should never be forgotten.  Their personal memories must be preserved.

The interviewees ranged in age from 88 to 93 and to a man, each had some profound stories to tell. Those landing on the beaches have burning memories of the great armada of ships and vessels in the avenging invasion of Normandy.

They remember the carnage of bodies on the beaches. I asked one of the Interviewees, George Pulakos to describe his experiences on the beach. GEORGE PULAKOS:  They kept me on the beach, I could swim.  I was a swimmer and I would recover bodies.  We were stacking them like cord wood on the beach.

For years I have carried horrific images in my head of all the bodies on the beach.  They were stacked like cord wood, 4 and 5 feet high.

This book describes such memories from 14 of these warriors.  This may be the last documented eyewitness’s memories of the D –Day invasion World War II.  Four have already died since our interviews of just a few months ago.

This book is indeed about the last eyewitnesses’ memories. We begin this heroic, terrible, terrible war story in 1939.  That was when the European war really started.  That is when Germany invaded Poland, and Britain and France declared war on Germany. Many books have been written about World War II, but most have concentrated on well known leaders and celebrated heroes.

We wanted to tell the World War II story through the eyes and memories of the common soldier. Most of our heroic interviewees still had clear memories of the significant events they encountered.

We present their memories in their own words because we want you to be able to sense their emotions World War II.

The interviews are split into sections so that we can integrate their memories with the chronological and historical framework of their experiences.