An asteroid will destroy mankind just as one destroyed the dinosaurs.  This is predicted in the Book of Revelation in the Bible.  This book provides the scientific evidence for the certainty.

details reveals to us that this is our destiny.

And the stars of heaven fell unto the earth….Revelation 6:13

An asteroid close to earth will destroy mankind just as one destroyed the dinosaurs.

The Book of Revelation in the Bible reveals facts about asteroids to us that this is our destiny.

And I beheld when he had opened the sixth seal, and, lo, there was a great earthquake; and the sun became black as sackcloth of hair, and the moon became as blood; Revelation 6:12

Matthew supports this: Immediately after the tribulation of those days shall the sun be darkened, and the moon shall not give her light, and the stars shall fall from heaven, and the powers of the heavens shall be shaken:  Matthew 29.

Joel also supports this: I will show wonders in the heavens and on the earth, blood and fire and billows of smoke.  The sun will be turned to darkness and the moon to blood before the coming of the great and dreadful day of the Lord.  Joel 2:30-31

Isaiah also supports this: And they shall go into the holes of the rocks, and into the caves of the earth, for fear of the Lord, and for the glory of his majesty, when he ariseth to shake terribly the earth.  Isaiah 2:19

We found an ancient document written by eyewitnesses that hid in a cave.

The basic message of all of this is that in the end times we will all be destroyed by an asteroid close to earth impacting Earth.

The end times can occur at any time.

To understand and assess the facts about asteroids & truth of all of this, we review the purpose of Revelation, who wrote it, and why and how it was written.

We discover the scientific facts upon which the predictions of the Bible are based.

We analyze the history of asteroid impacts on Earth to learn the accuracy of these Biblical predictions.

We see that Revelation’s foretelling will almost surely come to pass.

And there was war in heaven: Michael and his angels fought against the dragon; and the dragon fought and his angels, And prevailed not; neither was their place found any more in heaven.  Revelation 12:7-8

The Book of Revelation tells us that we will be destroyed by an asteroid close to earth. Scientific facts prove that it will come to pass.

Be the first to review “Asteroid Impact! Revelation Foretells Our End, Asteroid close to earth” 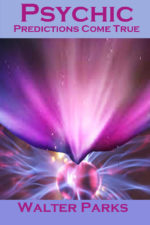 Daddy was the bravest man that I ever met.  He had no fear of death.  He believed in predestination; he believed that he had a destiny.  His belief was enhanced by a series of incidences he experienced starting as a young man.

Daddy was born January 11, 1882.  He was the 7th son of the 7th son.  He believed that gave him have some physic insights.  I suspect that it did because he knew the day he would die many decades before his January 11, 1964 death.

This book describes more than a dozen phychic predictions that came true. 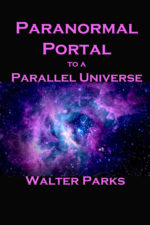 This book describes our paranormal encounter and a possible explanation for the soul.  It also includes a movie script inspired by the encounter.

This is a must read for those interested in the afterlife, paranormal events, parallel universes, the soul, ghosts and spirits. 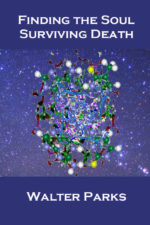 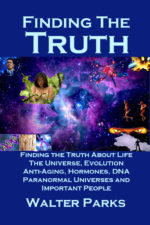 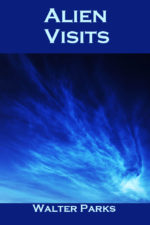 Uncountable numbers of aliens inhabit our universes.  This book is in development and will be available soon. 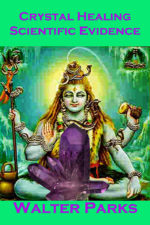 I studied Crystal Healing experiences and searched for a scientific basis.

I realized that any scientific basis for Crystal Healing would have to require some sort of exchange of energy between the crystal and our human body.

I found the possible scientific basis for Crystal Healing and I describe my research and finding in a step-by-step fashion in this book.